Freemium Games? How Much For Lawyer Upgrade?

Freemium Games - How Much For Lawyer Upgrade?

Who Spends The Most Money In Freemium Games? | TechCrunch: 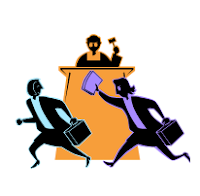 "At a quick glance: while you probably shouldn’t go all out and make the goriest, booty-filled freemium game the world has ever seen (if only because Apple would give it the boot in a heartbeat), it might not be as important to be as overly kid-friendly as smash hit freemium games like Smurfs’ Village might lead you to believe. If you focused on making a game that the 18-39 year old crowd would dig, there’s plenty of potential to walk away with quite the cash pile."

AppAdvice Reports "We Are in Love with Freemium Games":

"In the past 12 months, the majority of revenues from the App Store have shifted siginifcantly from premium to freemium apps. As such, there have now been 57 million purchase transactions across a set of freemium iOS and Android games that averages over 2 million daily active users.

"Most surprisingly, most of these purchases are for those items that are depleted when used, so called consumables. These in-app purchases include upgrades, add-ons, virtual goods, and the like."

Apple learns their lessons quickly - the Smurf's Village Smurfberries fiasco was resolved and fixed. But GLUMobile (NASDAQ GM:GLUU) and the Android Marketplace was not paying attention. The Android Marketplace asks for the user to leave a credit card on file to facilitate purchases. That business practice allowed my six-year old to charge up several hundred dollars on "upgrades" for in app purchases within GLUMOBILE game.

So here are the (less than pretty) details.

My credit card account has email notifications enabled for transactions. My email box started spinning as multiple purchases were made over a several minute period. Imagine your kid playing a game that rewards success with points and allows the points to be applied to upgrades... (practically every game they play). In this case the upgrades cost money, and my card was on file... so GLUMOBILE and/or the Android Marketplace rang up the charges.


Apple and the Amazon Appstore for Android resolved this problem by forcing the user to enter a password to purchase, download or upgrade an app.

Called home, got the kid off of the Android, then went to the GLUMOBILE website to locate customer service. Ummm, no. Their website clearly states that purchases are "confirmed" after a very short 15 minute period - nonrefundable, tough-luck. I'm not sure how that works since their app is free to download, offers no registration, and requires no login or password (authentication). I'm not exactly sure how they "know" who is playing their games or who is authorizing purchases.


Next, back to GLUMOBILE to try to work out the problem. We called the 800# several times and in addition to never getting to speak to a real person, we kept being dumped into voice mail purgatory. Since I'm not inept at Social Media I went to LinkedIn to find real people so that I could use the company directory at the 800# to locate a real person. No luck, tossed into purgatory once again.

The good news is that Google Voice tracked all of the outbound calls (date, time, number called, length of call), and I pulled the card from the Android store. I suspect (deep in my heart I "know") that the forms submitted on their web site met a similar fate, probably assigned to a different bowge - specifically for email.

So, the next step was "old-school" with a letter to customer service, explaining the issue and outlining the Apple experience - with a cc to the company lawyer (she was listed in LinkedIn). We just wanted a refund in a timely manner.

Less than three weeks later our Credit Card company posted a "resolved" message online and stated that they would send us the details in the mail. I was able to confirm that the charges were removed from my account. A letter came in the mail a few days later.

So, What Actually Happened?

The Correct Answer is:


Since the Android Marketplace and GLUMOBILE did not respond to the credit card company inquiry, the charges were "temporarily removed", pending a final resolution date in November.

I have no resolution right now, but the lessons outlined above should be shared, since the problem might apply to other in-app purchases from the Android appstore.

In the meantime (for any GLUMOBILE employee that might read this blog), the law firm that handled the case against Apple was clearly identified in several articles - try Googling the term "Smurfberries".

Bottom Line (for the companies):

You should never blatantly copy the competition... nor should you ignore the important lessons that they learn.

And, when a customer gives you a chance to do the right thing... you should try very hard to.


Bottom Line (for the consumer):

If you really need to have a credit card number on file, consider the new American Express pre-paid card (Serve) with a very low balance. Exposing your bank debit card or your credit card is not a great idea.


Also, the GLUMOBILE games are pretty solid, but this horrible experience overshadows the games. 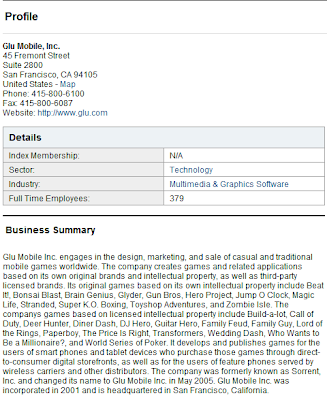