Winning at Work - You Own Your Career

Winning at Work - You Own Your Career

The title for Ken Blanchard's and Gary Ridge's "Helping People Win at Work: A Business Philosophy Called 'Don't Mark My Paper, Help Me Get a A'" is more than a mouthful. Unfortunately it left me feeling less than satiated.

Looking at the current WD 40 company profile on Yahoo Finance shows a total of 334 employees. Blanchard does a terrific job describing the processes and techniques that WD 40 employ: 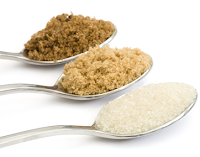 The modern corporate mantra: "you own your career".

That is, HR are less involved with career tracking, professional development, or career development. Job families may have elaborate descriptions of the tasks, skills, and training required for each level but every employee is being asked to do more, to "stretch".  Employees are asked to plan their personal development amid a business environment that shifts frequently, leadership and managerial rotation, projects that fail despite strong effort, and the basic politics of the organization.

Blanchard and Ridge argue that everyone should be able to be managed or coached to an "A" and that the standard distribution curve should not apply to individual reviews. This is widely different than the circumstances most employees will experience. The corporate HR argument is to boil down the distribution curve to simply A, B, or (get rid of this employee) C.

"Helping People Win at Work" is a prescription that may very well work with companies of a few hundred employees. But I found the suggestions to be slightly saccharin. Further, the book seemed to tell nearly identical stories from two view points - the second half of the book introducing a certain deja-vu feeling. Of course, there were differences, but is it really worth the time to do a compare/contrast within a single work? The two authors should have co-written each chapter to reduce the redundancy and sharpen their arguments.

The reviews on Amazon praise the work, suggesting that it is a great work for managers to read. I would make the opposite argument.

Employees need to read this work.

They need to take charge of their personal development plans. They need to create their own "test" and then grade it themselves. Is your organization chart stable? What happens if your VP, Director or Manager changes mid-year? What happens if they change several times mid-year? Are you taking on challenging projects and delivering -- does that merit a "C"? As teams change, as projects change and as roles and responsibilities change, is it possible that an employee might have an "off year"?

Who is the best bowler on the team?

We had a departmental outing to a bowling alley. As a bowler prepared for his/her turn, they read a 3x5 card with instructions. "Use your opposite hand". "Bowl between your legs". "Bowl from one knee". "Replace player #3 on the opposite team". Of course, chaos ensued (the process was a disaster) and the scores (outcomes) were meaningless.

After the first "game", teams were settled and we bowled like normal, rational teams (standard processes) - scores went up.

Who is the best bowler?

The one that has the best score in a standard process?
How do you study for, or pass a badly randomized test?
How doe you measure execution in chaos?

This work was recently offered as a free download on the Amazon Kindle. After location 773 of 1648 the material feels repetitive. Skip the remainder of the book and read "The One Minute Manager".

If you are a manager, consider the prescriptions.

If you are an employee, understand that most managers and most company cultures are not (and will never be) as sweet as Blanchard and Ridge imagine. You own your career, and there is no final exam, only perpetual tests.